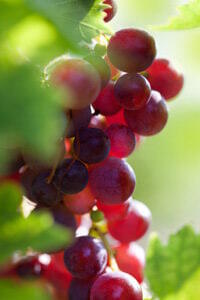 Resveratrol is a polyphenol found mainly in grapes and red wine. It increases basal metabolic rate, insulin sensitivity, mitochondrial biogenesis and physical stamina, and has been shown to reduce fat accumulation in mice. It is a powerful calorie restriction mimetic through activation of sirtuins (SIRT1) and according to a recent study, it also helps prevent age-related neuro-degeneration and cognitive decline associated with Alzheimer’s disease.

An article published at the end of 2012 in the journal AGE reported on a Spanish study which showed that resveratrol had extended life expectancy in mice. The researchers examined the role of resveratrol in ‘normal’ mice (SAMR1) and in a specific group of mice (SAMP8) with memory and learning deficits, as well as other neurological problems and brain pathologies such as increased beta-amyloid levels and hyperphosphorylated tau protein, specific to Alzheimer’s disease.

The mice were divided into groups receiving either a standard diet or one supplemented with resveratrol. In the SAMP8 group, fed a standard diet, life expectancy was 10.4 months, compared with a control group which survived an average 17.8 months. In the resveratrol-supplemented groups, life expectancy of the SAMP8 mice was extended to 14 months, while the SAMR1 mice lived for an average 21.8 months. In addition, post-mortem brain analysis revealed higher levels of SIRT1, a protein activated during calorie restriction, in the mice supplemented with resveratrol.

To study resveratrol’s effect on neuro-degeneration, the SAMP8 mice were examined after seven months on either the standard, or resveratrol-enhanced, diet. At the end of the study, the resveratrol-supplemented animals were shown to have accumulated fewer beta-amyloid plaques and less phosphorylated tau protein, compared with mice that did not receive the compound.

The researchers thus observed that, over the long term, “supplementation with resveratrol increased mean life expectancy and maximum lifespan in the SAMP8 mice and SAMR1 control mice”. They added that “resveratrol also reduces cognitive problems and plays a neuro-protective role, by reducing beta-amyloid plaques and tau hyperphosphorylation”.