Diabetes: the blood glucose-lowering effects of an Asian algae 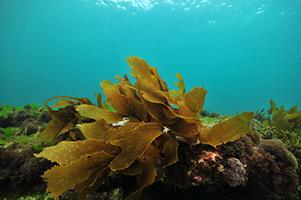 Two new studies have demonstrated positive findings for the control of diabetes. Incidence of this chronic disease has been on the rise in recent years, such that many research laboratories now consider it a key priority1. Two teams of scientists recently demonstrated blood sugar-lowering effects for a type of brown seaweed well-known in Asia called Ecklonia cava. Read on to learn more about their research and the dual action of this Asian algae.

In April 2017, a study published in the scientific journal Marine Drugs highlighted the powerful, blood sugar-lowering effect of the algae Ecklonia cava2. The team of Korean scientists behind the study showed that the compounds in this Asian algae inhibited the activity of two enzymes involved in neoglucogenesis, a sequence of metabolic reactions that results in the production of glucose in the body. They found that by inhibiting the enzymatic activity of phosphoenolpyruvate carboxykinase and glucose-6-phosphatase, the compounds in Ecklonia cava helped to control blood glucose levels and reduce the risk of hyperglycaemia. According to the researchers, this anti-diabetic action is linked to the presence in Ecklonia cava' of powerful polyphenols called phlorotannins and more specifically, phloroglucinol. Widely-studied, this natural nutrient offers significant therapeutic potential.

These two new studies support the findings of previous research into the anti-diabetes effects of Ecklonia cava. They suggest this Asian algae could be used to control blood sugar through its inhibition of both neoglucogenesis and sugar digestion enzymes. These promising results also confirm the considerable therapeutic potential of Ecklonia cava. Studied for its benefits in diabetes control, this algae is also attracting scientific interest for its potential role in the cardiovascular system, brain, immune defences and joints. Its many therapeutic virtues are now available from the SuperSmart catalogue in the form of the nutritional supplement Ecklonia cava Extract. 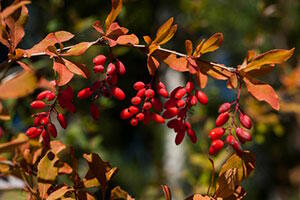 The liver: the benefits of berberine for...
How much do you know about non-alcoholic hepatic steatosis? Are you aware, for example, that it is considered one of the most common liver diseases...
Read more
Follow us