menuSubjects
Welcome   >  Brain nutrition  >  Nighttime is when your...

Nighttime is when your body repairs damage to DNA ‚Ä¶ but only if you sleep! 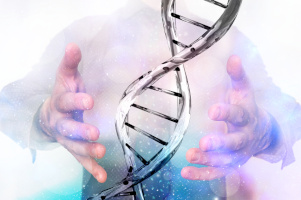 A team of scientists has recently demonstrated just how important it is to sleep at night if you want to significantly reduce your risk of cancer.

In studying night shift workers forced to sleep during daylight hours, they noted that these individuals had much lower levels of circulating melatonin than day workers, as well as lower levels of 8-hydroxygeoxyguanosine (8-OH-dG) in their urine.

This is an interesting discovery since 8-OH-dG is a molecule that indicates the body‚Äôs activity in repairing DNA damage induced by reactive oxygen species. The higher its concentration in urine, the more effective the repair. Night workers thus appear to be less effective at repairing damage to their DNA, damage which over the long term, can trigger the development of cancer or accelerate the ageing process.

Melatonin is not just for helping you get to sleep

The two discoveries are actually linked. Melatonin is a hormone produced by the pineal gland exclusively during the hours of darkness (peak production occurs between 2am and 5am). It‚Äôs as if the pineal gland tells the brain it‚Äôs time to sleep. The brain responds by inducing drowsiness, but also by triggering programmes that repair the damage caused over the last few hours as a result of various activities (exposure to mutagens or radiation, increased energy metabolism ‚Ä¶).

In fact, the triggering of these ‚Äòprogrammes‚Äô is also influenced by the amount of melatonin produced: research shows that melatonin regulates the expression of specific genes involved in damage repair, particularly those which lead to the excretion of 8-OH-dG. In other words, night workers as well as people who get insufficient sleep at night and those exposed during the evening to artificial light (such as that from a screen) are likely to suffer the same fate: decreased production of melatonin and thus less effective repair of damage to DNA.

The study‚Äôs authors, who declared no conflict of interest, concluded by highlighting the benefits of melatonin supplementation for night shift workers, but those prone to sleep problems are also implicated here: several studies had previously shown that people who get insufficient sleep could benefit from the positive effects of melatonin in improving the time it takes to fall asleep, as well as both the duration and quality of that sleep. In 2011, the scientific committee of the EFSA recognised the benefits in reducing the time it takes to fall asleep (Opinion reference 2011;9(6):2241) of 1mg melatonin supplements such as Melatonin 1 mg.

The potential effects referred to in this new study, however, go well beyond this as they suggest increased protection against the mutations responsible in the long term for the ageing process as well as the development of cancer and several cardiovascular diseases.

The study at the centre of this article:

The incredibly versatile benefits of turmeric (2/2)
In India, turmeric is used to treat a wide variety of ailments including gastrointestinal problems, inflammation, headaches, infections and colds. It is turmeric‚Äôs curcuminoid content,...
Read more 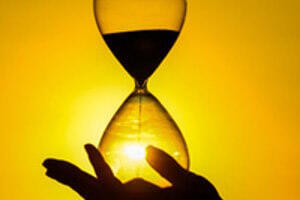 This discovery could give you another 10,...
Research into human longevity has taken a historic step forward.Though unknown to Western media, Russian researchers have developed a substance capable of extending lifespan by...
Read more
Follow us