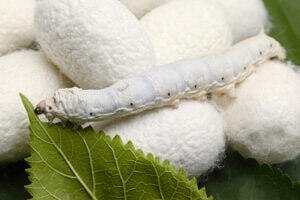 Serrapeptase, or Serratia peptidase, has been used for over 30 years in Europe and Asia to relieve pain, inflammation and excessive mucus production. More than 40 clinical studies have concluded that serrapeptase offers important benefits for human health. It has been shown to be well-absorbed in the intestines and thus able to withstand degradation by stomach acids. The German doctor Hans Nieper has recommended serrapeptase for decades for reducing the build-up of atheromatous plaque.

Serrapeptase is recognised in Germany and some other European countries as a standard treatment for inflammation and trauma-induced swelling. In a double-blind study conducted at Ulm State Hospital, 66 patients who had recently undergone surgery for a ruptured lateral ligament were divided randomly into three groups. In the group receiving serrapeptase, swelling had reduced by 50% three days after the operation, while in the two control groups (confined to bed, legs elevated, with or without ice packs) no such reduction was observed by that stage.

There was a correlation between pain reduction and decreased swelling in the majority of cases. In patients receiving serrapeptase, there was a much more rapid decrease in pain than in those in the control groups. By the tenth day, the serrapeptase patients were pain-free. 1.
In vitro and in vivo studies show that serrapeptase has a specific anti-inflammatory effect that is more effective than any other proteolytic enzyme. A review of the scientific literature, including a series of controlled, double-blind clinical trials with large groups of patients, suggests that serrapeptase offers benefits in a wide range of inflammatory diseases. Its mechanism of action at sites of various inflammatory processes is largely one of reducing the exudation process and inhibiting the release of inflammatory mediators. It induces fragmentation of fibrinose aggregates and reduces exudate viscosity, facilitating their drainage from the inflammatory response and thus promoting tissue repair.

There is increasing support for the use of enzymes with fibrinolytic, proteolytic and anti-oedema activity in the treatment of inflammatory diseases of the ear, nose and throat.
Clinical studies have shown serrapeptase to benefit patients suffering from chronic sinusitis, due to its anti-inflammatory properties. Sinusitis produces thicker, more abundant mucus in the nasal cavity. The thickening prevents the mucus from being expelled sufficiently frequently. Japanese researchers evaluated the effects of serrapeptase (30mg/day for 4 weeks) on the elasticity and viscosity of nasal mucus in adult patients with chronic sinusitis. Serrapeptase was shown to reduce mucus viscosity, thus improving the elimination of broncho-pulmonary secretions. 2.
Other clinical trials confirm serrapeptase’s ability to relieve problems associated with chronic sinusitis. In a placebo-controlled study involving 140 patients with chronic or acute diseases of the ear, nose and throat, patients given serrapeptase saw a significant reduction, 3 to 4 days after finishing the treatment, in pain severity, quantity and purulence of secretions, difficulty in swallowing, dysphonia and nasal obstruction, anosmia and body temperature. The serrapeptase-treated patients suffering from laryngitis, catarrhal rhinopharyngitis or sinusitis noted a significant and rapid improvement in their symptoms after 3 to 4 days. Doctors rated the treatment’s efficacy as excellent or good in 97.3% of the serrapeptase patients, compared with only 21.9% in the placebo group3.

Respiratory diseases are characterised by increased production of thicker mucus with modified viscosity and elasticity. These diseases are normally treated with mucoactive drugs in order to improve the mucus’ physicochemical properties and restore respiratory function, but some of these drugs can cause depletion in mucus. Serrapeptase alters mucus elasticity without reducing it. 4.
A powerful agent in itself, serrapeptase delivers increased concentrations of antimicrobial agent to the infection site when combined with antibiotics. Bacteria frequently undergo a process called biofilm formation, which leads to resistance to antimicrobial agents. In an effort to prevent this bacterial immunity, researchers have experimented with various ways of stopping the bacteria from being covered with this film; serrapeptase may provide a solution. A study conducted by Italian researchers suggests that proteolytic enzymes may considerably increase antibiotic activity against the biofilm. Antibiotic sensitivity tests show that serrapeptase significantly stimulates the antibiotic activity of oflaxacin and inhibits the formation of biofilm 5.
6. Another randomised, double-blind study of 93 patients with perennial or chronic rhinitis compared the effects of giving the antibiotic cephalexin plus serrapeptase, with a placebo. Those treated with serrapeptase saw significant improvements in rhinorrhea, nasal obstruction and coryza6. Researchers have reported impressive results in the treatment of infection in lung cancer patients who had undergone a thoracotomy. Serrapeptase and cefotiam, an antibiotic with broad spectrum activity against gram+ and gram- bacteria, were given to 35 such patients, 17 of them receiving a single dose of cefotiam, and the other 18 a combination of cefotiam and serrapeptase. Levels of the antibiotic in tissue versus blood were found to be significantly higher in the combined treatment group. 7.

Serrapeptase has been shown to be effective at treating fibrocystic breast disease. Its efficacy against symptoms of the disease was investigated in a study of 70 patients, who were randomly assigned to one of two groups, receiving either serrapeptase or a placebo. Symptoms and signs of breast engorgement were evaluated prior to the treatment and for three days during the treatment by an observer who did not know which group the patients were in. Results suggested that serrapeptase was more effective than placebo, producing greater improvements in pain and swelling. 85.7% of the serrapeptase patients had moderate to marked improvements, as against just 60% of the placebo group, the improvements being marked in 22.9% as against 2.9% respectively. 8.

Preliminary research suggests that serrapeptase may even inhibit the build-up of atheromatous plaques in the arteries and therefore prevent atherosclerosis, heart attack and stroke. Dr Hans A Nieper, an internist from Hanover in Germany, has studied the effects of serrapeptase on the accumulation of atheromatous plaque in the arteries. The formation of plaque involves fatty substances, cholesterol, cellular waste products, calcium, and fibrin (a blood coagulant) being deposited on the artery wall. Excessive plaque results in a partial or total block in blood flow in the arteries, leading to atherosclerosis or hardening of the arteries and ultimately heart attack or stroke. It must be said that the data supporting a role for serrapeptase in preventing atheromatous plaque build-up are largely anecdotal and further studies are needed to test Dr Nieper’s findings that serrapeptase’s action in dissolving proteins may gradually break down atheromatous plaques According to Dr Nieper, unlike other biological enzymes, serrapeptase only affects non-living tissue, like the silkworm’s cocoon. It may therefore dissolve dead tissue such as the old fibrous layers that clog up the lining of our arteries and dangerously restrict the flow of blood and oxygen supply to the brain. Dr Nieper has treated a number of his patients with serrapeptase, noting a significant improvement in blood flow in previously constricted arteries. A team of physicians in the vascular surgery department of the University of Naples has shown serrapeptase to be effective and well-tolerated in patients with inflammatory venous disease. 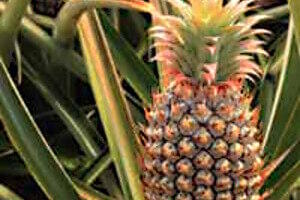 Bromelain, a proteolytic enzyme with multiple properties
Extracted from pineapple, bromelain is used in Europe to promote recovery following surgery or sporting injuries, as well as to treat sinusitis or phlebitis. Amongst...
Read more 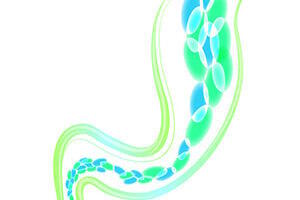 Intestinal alkaline phosphatase - a powerfully protective...
The digestive system is a complex group of organs which continues to reveal new secrets. Research in this area has been growing over the last...
Read more
Follow us