menuSubjects
Welcome   >  Which are the best...

Which are the best supplements for lowering blood sugar levels (glycaemia) in pre-diabetic or diabetic individuals? 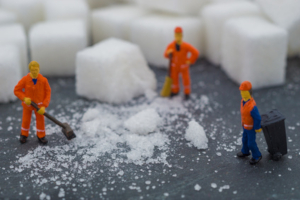 Which are the best supplements for lowering blood sugar levels (glycaemia) in pre-diabetic or diabetic individuals?

If there’s one area where dietary supplements are really effective it’s this one. There are numerous substances, mostly natural-source, which are capable of reducing glycaemia and improving daily life for those with diabetes.
In the main, these supplements help to lower blood sugar levels via three different mechanisms:

Berberine: undoubtedly the most impressive

Berberine is the major component in several plants used in traditional medicine such as Rhizoma coptidis and Berberis vulgaris (barberry). It’s probably the most effective natural remedy for lowering glycaemia.

Blood tests show it is able to reduce fasting and post-prandial blood sugar levels (the latter is glycaemia measured after a meal), as well as having a positive effect on weight (1-4).

A recent study showed that taking 500mg of berberine twice a day for three months produced dramatic improvements in fasting and post-prandial blood sugar levels, and in levels of Hba1c (the best indicator of glycaemia over a given period) (5). In another study, berberine was found to be at least as effective as metformin, the most commonly-prescribed diabetes drug (6).

In February 2015, a meta-analysis (7), which is a ‘super-study’ that reviews all the serious research published on a subject, confirmed the efficacy of berberine for “improving type 2 diabetes”, “improving hyperlipidaemia” and even “reducing hypertension”, without causing the slightest side effect! This ‘super-study’ drew on 27 clinical trials - tests conducted directly on humans.

The correct dose: one capsule of berberine 500 mg taken just before or after the two main meals of the day.

Vitamin D: an absolute must, especially for those who are overweight

Although vitamin D is an organic substance which is vital for the body if it is to function properly, close to 80% of Western populations and almost all those over 60 do not reach recommended intakes.

In addition to the key role it plays in calcium absorption, vitamin D reduces the risk of insulin resistance, a pathological process which occurs in diabetics and aggravates the disease. This beneficial effect may be more marked in overweight individuals: a study has shown that obese people with inadequate vitamin D levels had a 12-fold increased risk of insulin resistance (8).

But this effect is seen in ‘healthy’ people too: subjects in good health who took vitamin D3 (420IU/day for one year) saw their vitamin D blood levels rise (from 13ng/ml to 24ng/mL), their fasting glycaemia decrease (from 88.3mg/dL to 85.3mg/dL) and their insulin resistance improve significantly (from 1.17 to 0.84) (9). Another study showed that taking at least 500IU vitamin D a day lowered the risk of developing type 2 diabetes by between 10% and 40% depending on initial levels of circulating vitamin D (10).

The correct dose: one tablet a day of vitamin D3 1000IU for at least three months, ideally over the winter period to compensate for the lack of sunshine.

Lowering blood sugar levels is not the primary benefit of ginseng: it’s known more for being able to revitalise the body and stimulate the immune system in weak or fatigued individuals.

But there’s clear evidence from clinical trials of this glycaemic-lowering property: a study of older type 2 diabetics showed that daily supplementation with an extract standardised to 10% ginsenosides (3 x 1g/day for two months, taken 40 minutes before each meal) reduced fasting glycaemia (- 0.71 mmol/L) (11) and HbA1-c levels (-0.3%). Another study showed that standardised ginseng was also able to reduce post-prandial blood glucose levels without either altering insulin secretion or causing any side-effects (12).

The correct dose: 3-4 capsules of Ginseng standardised to 30% ginsenosides (the active principles), taken a short time before meals.

Chromium: a mineral which increases the action of insulin

Chromium is a trace-element which the body needs in order to function properly. One of its features is the ability to increase tissue insulin sensitivity which helps reduce levels of sugar and insulin in the blood. Unfortunately, intensive farming methods and modern refining reduce the chromium content of food … In addition, epidemiological studies show that chromium levels decline with age and this is associated with the development of type 2 diabetes.

A meta-analysis of 41 clinical trials on chromium supplementation (using doses ranging from 1 to 1000 µg over periods of between 3 and 8 months) confirmed its efficacy for reducing fasting glycaemia and HbA1c levels in diabetic subjects (13).

Present in every cell in the body, alpha-lipoic acid (ALA) is aimed more at ‘damage limitation’ in those who have been suffering from diabetes for several years.

Oral administration of ALA reduces symptoms of diabetes-induced neuropathy such as pain, numbness and tingling in the legs. But a recent study has shown that 300-1200mg a day may equally improve insulin sensitivity and reduce blood sugar levels in type 2 diabetics (14).

The correct dose: 3 capsules of R-lipoic acid (3 x 100mg) spread over the day, for a period of several months.

To a lesser degree, the following are also effective at reducing glycaemia: curcumin, dietary fibre, extracts of Gymnema sylvestre and silymarin.