Excess weight and obesity: the benefits of an Ayurvedic herb 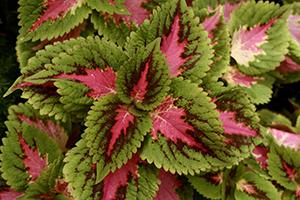 For many decades now, the scientific community has become increasingly interested in plants from the Ayurveda system of medicine. One such plant is Coleus forskohlii, studied for its many therapeutic virtues and advantages for weight control. In this context, a clinical study published in the journal Nutrients1 has just confirmed the benefits of this plant in preventing metabolic syndrome, a collection of cardiovascular risk factors including insulin resistance, dyslipidaemia, hypertension and obesity. Read on to find out more about these promising findings!

Identification of a powerful fat-burner: forskolin

Although Coleus forskohlii has been used medicinally for thousands of years, it was only in the 1970s that its powerful active principle was isolated. In 1974, scientists succeeded in extracting forskolin from the roots of Coleus forskohlii. Since then, this natural compound has been studied extensively, rapidly attracting scientific interest for its ability to activate cyclase adenylate, an enzyme involved in the production of cyclic AMP (cAMP). This is a messenger important for many biochemical reactions. Scientific research has demonstrated forskolin’s effect on thermogenesis, the process whereby energy is produced via lipolysis. In other words, forskolin extracted from Coleus forskohlii
Evaluation of the effects of Coleus forskohlii on excess weight and obesity

To develop their understanding of the benefits of Coleus forskohlii, a team of researchers conducted a double-blind, placebo-controlled, randomised clinical trial involving 30 overweight or obese subjects. Participants were divided into two groups, the first receiving a placebo, and the second a supplement containing an extract of Coleus forskohlii, for a period of 12 weeks. During this time, both groups followed a low-calorie diet. The researchers used various measures to compare the effects, including body weight and body mass index (BMI), as well as waist and hip circumference. At the end of the study, a number of improvements were reported in the group supplemented with Coleus forskohlii. The researchers observed reductions in waist and hip circumference, increased levels of ‘good’ HDL-cholesterol, and improvements in insulin concentration and insulin resistance.

The results of this clinical study confirm the benefits of the plant Coleus forskohlii for managing weight and preventing the complications of metabolic syndrome. This Ayurvedic herb can indeed by used to help prevent weight gain but can equally be effective against hyperglycaemia, insulin resistance, dyslipidaemia and hypertension. Its many benefits can now be obtained in the form of an extract of Coleus forskohlii standardised in forskolin, available from the SuperSmart catalogue.