Obesity: a beneficial combination of anthocyanins and prebiotics 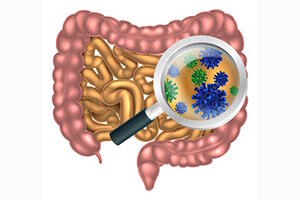 Scientists have made a major discovery in the fight against obesity and its harmful effects. Published in 2017 in the prestigious FASEB Journal1, their study revealed the benefits of combining anthocyanins, natural pigments with antioxidant potency, with prebiotics, substances known for their ability to maintain balance in intestinal flora. Read on to find out more about the positive effects observed from this combination.

Active principles for protecting the gut

In their efforts to find ways of combatting the harmful effects of obesity, the researchers looked at two types of molecule – anthocyanins and prebiotics. They chose these two groups of active principles because of their known benefits for health, particularly for the digestive system. Recognised as powerful natural antioxidants, anthocyanins have also been shown to have anti-inflammatory properties2. According to research conducted on this subject, these molecules may help fight intestinal inflammation. For their part, prebiotics are known to support the growth of bacteria in gut flora. This bacterial growth is essential for our defences and for intestinal transit. A number of studies have shown that an imbalance in gut flora encourages the onset of digestive problems. Some studies have also shown that an imbalance between certain groups of bacteria may be involved in the development of obesity3,4.

An effective combination against the harmful effects of obesity

Evaluation of anthocyanin and prebiotic supplementation
Given the known benefits of anthocyanins and the role played by prebiotics, this group of scientists decided to measure the effects of combining these natural active principles. Their eight-week study involved 51 healthy, obese subjects aged 20-60, who were given a daily supplement containing 215mg of anthocyanins and 2.7g of prebiotics.
Positive results seen in obese individuals
Using various analyses, the researchers observed positive effects from the prebiotic/anthocyanin supplements. They noted significant reductions both in digestive problems such as bloating and abdominal pain, and in levels of faecal calprotectin, a marker of intestinal inflammation. They also saw a significant decrease in Firmicutes bacteria and an increase in Bacteroidetes bacteria. According to several recent studies, the Firmicutes:Bacteroidetes ratio in gut microbiota may play a role in the development of obesity3,4. Obese individuals have much higher levels of Firmicutes bacteria than normal weight people. By adjusting this ratio in favour of Bacteroidetes bacteria, the prebiotic/anthocyanin combination may therefore counteract the development and harmful effects of obesity. 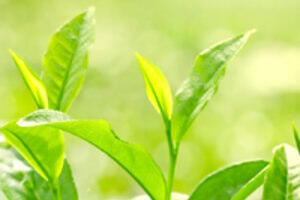 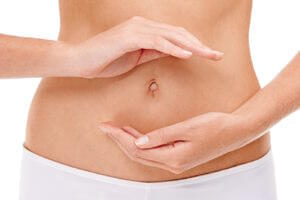