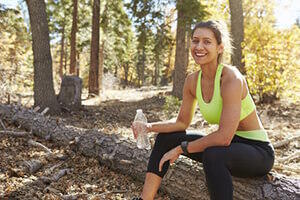 So many people exercise – whether regularly or occasionally – without really knowing the key to optimal recovery. Fatigue, burnout, muscle loss, soreness, heat stroke, digestive problems, loss of performance, heavy legs, and even coma… The effects of poor recovery are innumerable and often insidious. It’s therefore important to realise that whether you’re an amateur or professional sportsperson, there are many ways in which you can improve your physical recovery. So grab yourself some paper, and carefully note down all the elements you think could benefit your regular sports activity.

When you engage in physical activity, be it table tennis, running or even water-polo, there’s a good chance you’ll sweat profusely. For some people, the slightest exertion makes them ‘sweat buckets’, while for others it takes an intensive workout before even a drop of perspiration appears, but at some point, we all experience this brilliant, built-in system of the human body. The principle is simple: when body temperature rises, following exercise for example, the sweat glands secrete moisture, which as a rule evaporates on the skin. For this to happen, the molecules of water need energy which they draw from the body, thus lowering body temperature.
Contrary to what some may believe, humans do perspire in water, even if doing so serves little purpose. The fact is that the more humid the atmosphere, the less evaporation will occur, so in water, the perspiration mechanism is no longer fulfilling a thermoregulating role.
But there’s another misunderstanding surrounding perspiration. A misunderstanding that can steer some amateur sportspeople down a pathological path. Most such sports enthusiasts are unaware of the composition of sweat, and surprising though it may seem, it is this unawareness that puts them at risk. The best way to illustrate this point is with the aid of a little experiment, well-known to sports coaches…..

I’m sure you all know someone who, though sporty, is not used to running, and decides to take on the formidable challenge of completing a half-marathon. This is a typical profile for the kind of person who might fall victim to the same fate as our experimental model below.

Protocol.
Take an individual in good physical condition and put him in a heated, humid and closed room, specifying that he cannot open the windows. Make him run on a treadmill for as long as possible at a moderate but constant speed. Make sure he has an available supply of tap water, and above all, encourage him to take regular drinks.

Observations.
You’ll quickly notice that your subject perspires continually and that he drinks throughout the period of exercise to compensate for this loss of water. As time goes on, and he becomes worn out, you sense that the experiment is almost over. His muscles are on the point of giving up. But then something unexpected happens. He suddenly collapses and shows no sign of life.

Interpretation.
What on earth has happened? The experiment didn’t seem particularly risky and the subject had been instructed to stop when his body told him to … What’s more, he had drunk a lot of water to compensate for the fluid lost through sweating.
In actual fact, the mistake he made was in not realising that sweat is not made up of water alone. When you perspire, you also lose salt and failing to compensate for this loss, as is the case when you drink still water, puts you at risk of intracellular overhydration, a process which can result in coma and cerebral oedema1. To prevent such a scenario, you need to add salt to your water (or consume specially-formulated sports drinks), thus restoring osmotic equilibrium.

In addition to water and salt, sweat also contains potassium, zinc, copper, iron and vitamin C. The more you perspire, the more these nutrients become depleted. And it is precisely those individuals unused to exercise who perspire the most. If that includes you, it’s essential to regularly drink water that has been slightly-salted and slightly-sweetened to improve the taste. Energy and recovery sports drinks are obviously formulated for this purpose and are a good option if you’d rather not prepare the drinks yourself2,3.

One thing’s for sure, sports people do not drink enough. Over the long term, repeated dehydration insidiously translates into reduced stamina 4, decreased muscle strength, muscle and tendon pain, increased risk of cramps, soreness and strains, and decreased mental performance 5 (resulting in increased errors, feelings of fatigue …). In the short-term, effects are felt when dehydration loss is in excess of 4% of bodyweight: the cardiovascular system becomes overloaded and there is a high risk of heat stroke6.

Which other processes come into play during exercise?

When you engage in physical activity, you also generate lactic acid, which is essential for rebuilding depleted carbohydrate reserves. Once much maligned, lactic acid is not, however, the cause of any soreness you might suffer.

Your body will also produce ammonia, especially during anaerobic exercise (essentially short duration, high intensity sport). Blood concentrations of ammonia can increase eight-fold, presenting a risk of intoxication for nerve cells. Scientific understanding of ammonia is still at an early stage, but all the signs indicate it is the main waste product generated by exercise and that it impairs recovery processes. That is why physiotherapists sometimes recommend to sportspeople that they supplement with citrulline, an amino acid produced by mitochondria in the liver which converts ammonia into the completely innocuous substance urea.7-9 Certain sports place particularly heavy demands on the venous network (activities where the feet are compressed for example), on the digestive tract and on muscle fibres. Significant psychological stress can also be a factor in competitive sports.

Should we consume more protein to improve post-exercise recovery?

This is one of the main questions that preoccupy sportspeople. Does supplementing with protein improve recovery? At the risk of disappointing you, the answer is it depends - on the type of activity, and above all, its intensity. When muscles are overloaded (as is the case with running, tennis, football, handball, body building, etc), it leads to the loss of certain constituents in protein, the amino acids, particularly arginine, citrulline, ornithine, serine and taurine. In general, if you eat a balanced diet, these amino acids will be replaced, but in specific cases (such when you’re trying to increase muscle mass or when you’re starting an unfamiliar form of exercise), it is a good idea to increase protein intake. Depending on the type of exercise and its intensity, it is entirely possible to establish a tailor-made regime of amino acid supplementation with a sports nutritionist.

In summary then, here are the key points to keep in mind if you want to improve your recovery and optimise your exercise programme.

1) Drink water throughout the exercise period, and make sure it has a little added salt if you are engaging in strenuous or long duration activity, or if the exercise involves intense heat (indoor sports, high temperatures, humid conditions …). As an example, you lose around two litres of water during a two-hour football coaching session at a temperature of 25°C10. Ideally, the water you drink should be between 12° and 15°C for maximum efficacy sup>11.
Immediately after exercising, carry on sipping the same, lightly-salted or sparkling water, or recovery sports drink, for several minutes. Remember that rehydration during exercise is only partial (around 50%) because stomach capacity is limited. Then, in the hour that follows, have a sugary drink, preferably one high in sucrose, to restore your carbohydrate reserves: there is no chance that these carbs will be converted into fat during this period.
2) After exercising, remain slightly active for several minutes to encourage blood flow. If you’ve been running for a while, either walk, or significantly reduce your running pace, but don’t stay still.
3) To reduce muscle acidityeat alkaline or alkalising foods such as fruit, cereals, pulses or white meat. Avoid fatty food as much as possible as it impairs recovery. If you’re aiming to maintain or increase muscle mass, or if you’re trying a new type of exercise, it may be a good idea to take protein supplements. For someone starting an endurance sport, for example, protein requirements can increase by 50% in the first few days12.
If you feel your recovery is less than ideal, you can also try supplementing with citrulline for its well-established effects on ammonia.
4) Keep taking regular drinks of still water – do not wait until you feel thirsty. As a guide, keep in mind that if your urine is not clear in the evening, you have not been drinking enough. Waking in the night for a drink is another sign of insufficient hydration during the day.
You may want to consider adding analkalising supplement to still water such as Superwater, to rebalance your body’s acidity (associated with production of high levels of lactic acid) and to optimise your recovery. A supplement such as this also increases the body’s antioxidant activity and helps counter the physical and psychological stress suffered during exercise.
5) And probably the most important element of all when it comes to optimising recovery is sleep! Whatever type of exercise you take, sleep is an essential part of recovery which you neglect at your peril! 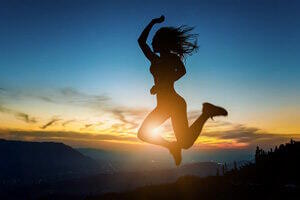 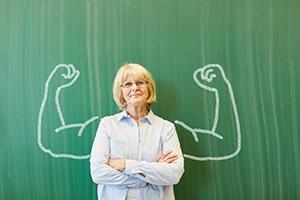 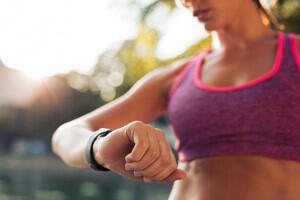 Sport: the cardio-respiratory benefits of astaxanthin
Whether you’re a professional or amateur sportsperson, this article should be of interest to you. A study published in the specialist journal Medicine & Science...
Read more
Follow us