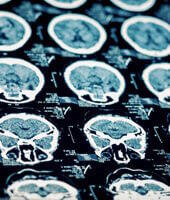 The news is all across the media in France and elsewhere! “A lack of vitamin C may increase risk of stroke”, “Stroke victims deficient in vitamin C”! That there is still more to discover about this essential vitamin has been shown by a French study presented at the 66th annual conference of The American Academy of Neurology in Philadelphia at the end of April 2014.

The study clearly shows that higher vitamin C levels in the blood may reduce the risk of the most common form of haemorrhagic stroke, characterised by blood leakages in and around the brain. Although they are less common than ischaemic strokes, haemorrhagic strokes are associated with a higher risk of mortality.

Scientists at the Pontchaillou University Hospital in Rennes made their discovery by comparing the vitamin C blood levels of 65 patients who had suffered a spontaneous haemorrhagic stroke or a ruptured blood vessel in the brain, with those of an equal number of healthy controls.

Lower blood levels of vitamin C were also associated in this study with a longer period of hospitalisation.

”Our results show that vitamin C deficiency should be considered a risk factor for this type of stroke, along with high blood pressure, excessive alcohol consumption and being overweight”, said Dr Stéphane Vannier, the study’s author.

He added that “additional research was needed to understand precisely how vitamin C works to reduce the risk of stroke”, for example by showing that vitamin C is closely involved in multiple physiopathological mechanisms such as blood pressure regulation or collagen formation - essential for the integrity of blood vessel walls.

It is therefore important to remember that vitamin C represents the cornerstone of any orthomolecular supplementation regime and that diet alone cannot provide sufficient amounts of this vitamin which is particularly vulnerable to degradation from heat and storage.