Bone strength: nutrition has a greater impact than exercise 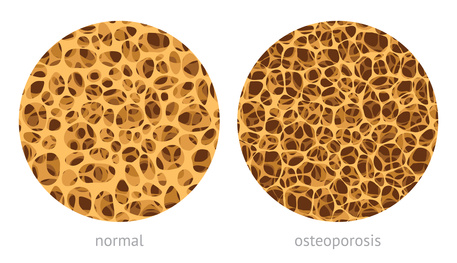 It’s a question that has intrigued researchers and nutritionists for many years: which is most important for bone strength and resistance – nutrition or physical activity? A team at Michigan University has just provided the answer: it’s nutrition, though combining the two appears to be even more important.

In reaching their conclusion, the researchers compared bone development in two rodent populations with very similar bone mechanisms to those of humans. One group of rodents was supplemented with phosphorus and calcium, and the other followed a normal diet. Over a 16-week period, the researchers varied several parameters related to physical activity. At the end of the experiment, they observed that the supplemented rodents had stronger bones than those following an exercise programme (and eating a normal diet). In other words, good nutrition has beneficial effects on bones even when you don’t take exercise. “em>The studies show that long-term mineral supplementation can prevent age-related bone and muscle loss even when you don’t exercise”, said study author David Kohn. “ Not only does it increase bone mass and strength, it maintains these increases over time, even when you stop doing any physical activity. ”. The researchers add, however, that combining both nutrition and exercise is an even better choice when it comes to bone health.

What nutritional choices should you make to immediately and durably improve the health of your bones?

Bone mass in humans usually peaks towards the age of 30-35, and is maintained until the age of 40. It then declines inexorably by 1-2% a year, depending on the individual. It’s an inevitability we have to accept. In women, the decreases in oestrogen production that come with the menopause further accelerate this decline which can vary between 2% and 4% annually for around 10 years. In men, the loss is more gradual though it increases dramatically after the age of 65.

After a certain period, this bone loss produces physical manifestations: bones become weaker and more porous and fractures are more likely from even a minor fall which a few years previously would have caused no such problems. This fragility is characteristic of osteoporosis, a natural process which is not a disease but which nonetheless has potentially serious consequences. A hip fracture after the age of 50 can result in a significant loss of autonomy, a dramatic reduction in quality of life and chronic, unbearable pain.

This state of fragility affects millions of women and, to a lesser extent, men too. It can be prevented though the solutions are often ignored because they primarily produce benefits in the long-term. For example, with optimal nutrition or appropriate supplementation, it’s possible to reduce the annual rate of bone loss from 2% to 1%. Though this seems minimal, if it continues over time, the state of fragility known as osteoporosis may never materialise. Thus after 30 years, this ‘small’ reduction in annual bone loss results in highly significant differences of 50% or more in bone strength.

This strategy is very effective in the long term but many people choose to ignore it, believing the benefits are too far in the future and therefore too uncertain. Relative to the immediate costs of supplementation, the positive impact is not seen as sufficiently attractive. Once they reach an advanced age, however, and realise their bones have become very fragile, it becomes more attractive but by then it is much too late: bone loss is difficult to make up.

In addition, they misunderstand a very important point: while the kind of optimal nutrition aimed at maintaining strong bones provides benefits in the very long term, it also brings immediate improvements for bone health, the effects of which can be felt in everyday life. Each of the minerals and nutrients that make up such nutrition offers other health benefits too, particularly for cognitive function. 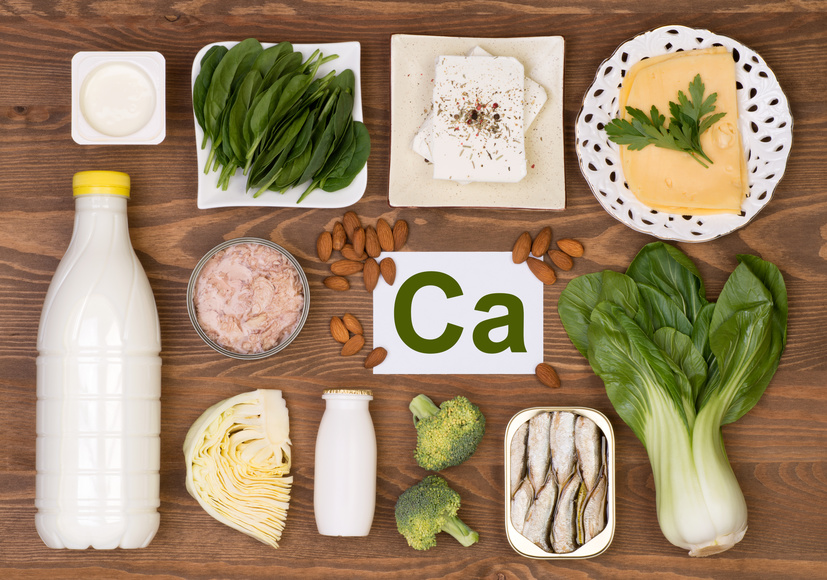 Of all the minerals essential for bone health, calcium is easily the most widely-studied. Numerous studies have identified a clear correlation between calcium intake and bone mass. Indeed it makes up almost 2% of body weight, distributed mainly in the bones and teeth.

Short-term benefits: calcium is also crucial for cardiac cell and nerve cell function. It plays a role in hundreds of enzymatic processes involved in various functions in the body.

Why it’s important to check your calcium intake

Contrary to widespread belief, it is theoretically possible to meet the body’s requirements for calcium through plant-source foods. If you eat close to the amount of fruit and vegetables recommended by nutritionists, a large part of your calcium needs will be met. Unfortunately, however, most Western populations obtain more than 75% of their calcium from animal-source foods such as cheese and other dairy products. As we get older, such foods can cause problems and are best avoided or at least reduced. If steps are not taken to compensate for this change in diet, calcium intake falls sharply. What’s more, the rate of calcium absorption declines with age: we therefore have to consume more to maintain the same amount available to the body.

Food combinations which enable basic needs to be met

The latest findings on calcium: a high-salt diet contributes to depletion of calcium reserves (1) because when sodium leaves the body, it takes calcium with it. 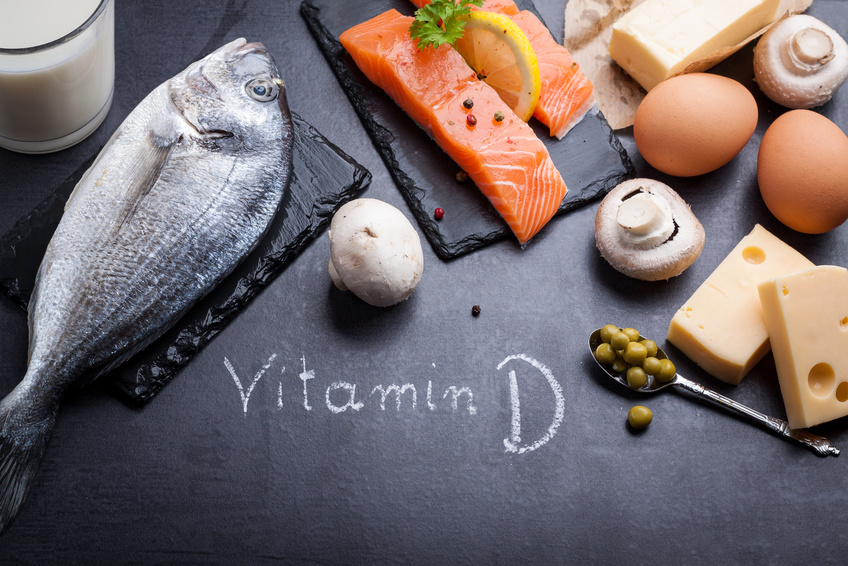 This is undoubtedly the most effective nutrient for stemming mineral loss and ensuring optimal bone health. Vitamin D facilitates intestinal absorption of calcium in the digestive tract, supports its resorption by bones, and minimises its elimination in urine. Without adequate vitamin D, calcium intake is completely ineffective. Studies have also shown that a lack of vitamin D is a contributing factor to loss of bone mineral density leading to osteoporosis (2).

Why it’s important to check your vitamin D intake

A recent study (3) showed that intake in half of all people over 50 is below the minimum amount recommended, and even this level is calculated to meet basic needs only. This shortfall is due to modern lifestyles and our tendency to stay locked in our offices or homes from morn till night, away from the natural light that helps our bodies produce vitamin D. What’s more, fat cells – of which we tend to have too many these days – have a liking for vitamin D: part of it is sequestered in adipose tissue which reduces the amount circulating in the blood.

Food combinations which enable basic needs to be met

The only useful dietary sources of vitamin D are oily fish and fortified foods. However, since we are strongly advised to avoid eating fish every day, there are no food combinations that enable our requirements for vitamin D to be met. The only way we can achieve adequate levels of circulating vitamin D is through daily exposure to sunlight and supplementation. 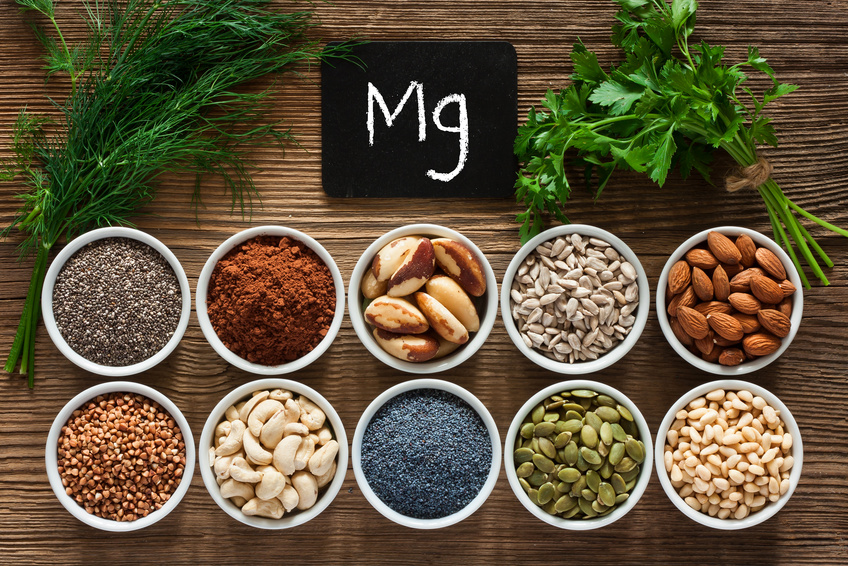 The nutrients involved in bone metabolism are highly interdependent. Just as calcium depends on adequate vitamin D intake, so vitamin D depends on adequate magnesium intake. A study published in The Journal of the American Osteopathic Association showed that the body is unable to utilise vitamin D properly if magnesium levels are too low, which may actually be the case for half of all Western populations (8). In other words, the small amount of vitamin D that is circulating in the body is under-utilised when magnesium intake is inadequate.

Why it’s important to check your magnesium intake

The authors of the above-mentioned study estimate that modern diets provide barely 50% of the recommended daily amount, which is set at 420mg for men and 320mg for women. This is due primarily to a deterioration in our food and a dramatic decrease in consumption of seeds and nuts. 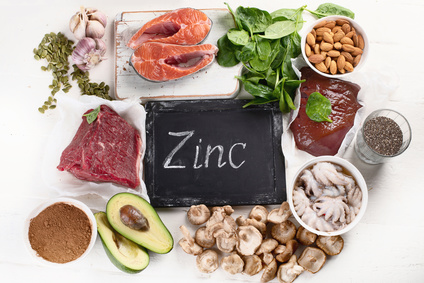 Zinc is only found at trace levels in the body (around 2g in total), but is nonetheless essential for strong bones (9). It is also involved in a great many physiological mechanisms which are crucial for the skin, for metabolism, and for antioxidant and hormone systems.

Why it’s important to check your zinc intake

Mild zinc deficiency is very common these days. The declining quality of our diet, the depletion of our soil and the refining of cereals means that women, adolescents and older people are at risk of problematic deficiencies. And as the best sources of zinc are animal-source foods, vegetarians should pay particular attention to their intake.

Food combinations which enable basic needs to be met (8-11mg)

Manganese, the most common trace-element 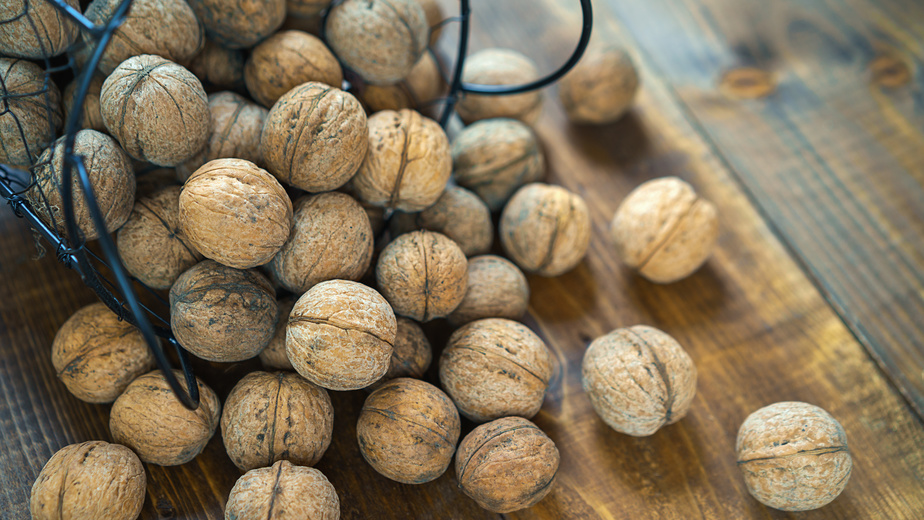 Essential for the metabolism of amino acids and carbohydrates, manganese helps maintain healthy bones and joints by facilitating calcium absorption. It also protects hyaluronic acid from oxidation and increases the viscosity of synovial fluid.

Why it’s important to check your manganese intake

When manganese intake is too low, the brain draws on the bony skeleton in order to keep functioning properly, which reduces calcium absorption and promotes osteoporosis (10). It is therefore important to constantly maintain an optimal intake of manganese.


Food combinations which enable basic needs to be met (1.8-2.3mg)

Combination 2: a portion of fresh pineapple (0.8mg) and a handful of pumpkin seeds (1.3mg). 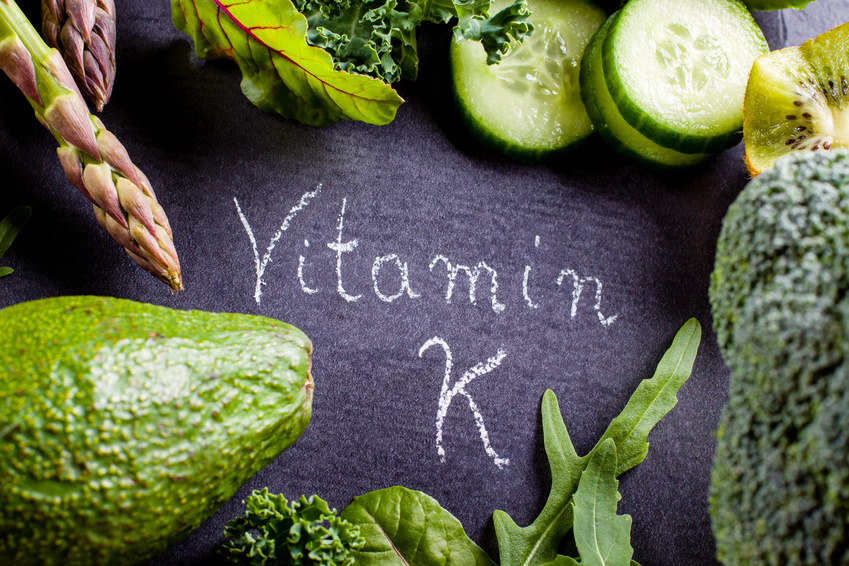 The body needs vitamin K to maintain bone health at every stage of life. It’s a vitamin that supports the action of osteocalcin, a protein essential for calcifying bone tissue. Administration of vitamin K has been recognised for preventing problems related to bone demineralisation, particularly in menopausal women (11-12).

Why it’s important to check your vitamin K intake

One form of vitamin K, vitamin K1, is only found in plant-source foods, especially green vegetables, but younger generations are increasingly eschewing such foods in favour of processed products.

Food combinations which enable basic needs to be met (90-120µg)

To obtain optimal levels of all these nutrients and minerals, our ancestors had a powerful weapon, the real implications of which they were not aware of: culinary culture. All over the world, human beings came up with original combinations of foods local to their region. When these combinations were ill-chosen, for example when a dish had too much magnesium and too little vitamin K, the laws of natural selection meant that those responsible for such combinations were less likely to survive than others. Conversely, those who devised combinations that were nutritionally sound were rewarded by becoming slightly more resistant to ageing and life’s challenges. As they were a little more robust, their rate of reproduction was slightly higher than their contemporaries’ and they passed their nutritional ‘secrets’ on to their offspring. Over a timescale of several thousand years, these small differences were enough to give rise to a ‘winning’ culinary culture consisting of exemplary dishes that were nutritionally perfectly balanced.

Nowadays, globalisation, modern farming methods and the disappearance of this inter-generational communication means that we are no longer eating the same dishes as our parents and grandparents. Our meals are no longer the result of a complex heritage and good use of local environments, but instead are a means of satisfying desires created by the agri-food industry. It’s hardly surprising, then, that shortfalls and deficiencies in minerals are appearing at a time when our theoretical understanding has never been more sophisticated.

To rectify this situation, it’s important totake back control of your diet, by looking at the properties of each nutrient and mineral. Multi-mineral supplements (such as

As the study authors point out, the combination of supplementation and regular physical activity is even more beneficial for bone health. It’s therefore also important to reconnect with exercise, though according to this research, if you had to choose just one of the two, nutrition should be the priority.

Key points of the article:


Study at the centre of the article:

Complete formulation – the three most bioavailable forms of vitamin K