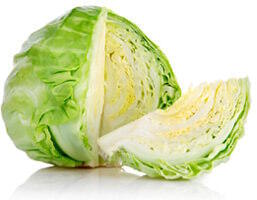 Cruciferous vegetables - broccoli, cabbage, cauliflower - all contain powerful phytonutrients capable of modifying oestrogen metabolism in both women and men, thus preventing certain hormone-dependent cancers. The most significant of these phytonutrients is diindolylmethane(DIM).

A few milligrams of indole from cruciferous vegetables can regulate the action of oestrogens and modify their metabolism. Indole increases 2-dehydroxylation, raising levels of non-carcinogenic oestrogens such as 2-hydroxyestrone, and thus the 2:16 ratio of oestrogen metabolites. 1. Non-carcinogenic oestrogens are potent antioxidants that have the power to eliminate damaged or cancerous cells from the body. In the absence of indoles however, production of harmful groups of oestrogen metabolites, termed ‘bad’ oestrogens, can increase, causing oxidation and DNA damage and promoting the development of cancer.
A prospective study2 involving 5000 Italian women showed that this 2:16 ratio of oestrogen metabolites can predict the risk of breast cancer. Incidence of breast cancer in menopausal women within a four year follow-up period was lower in those who had the highest 2:16 ratio. In another study, a higher 2:16 ratio was noted in benign conditions in contrast to a lower ratio in breast cancer cases 3.

DIM is the most effective substance in cruciferous vegetables for promoting beneficial oestrogen metabolism in both women and men. It is formed from its precursor, indole-3-carbinol (I3C). First used in 1987 in animals, DIM has demonstrated an absence of toxicity and ability to prevent carcinogen-induced breast cancer. Its mechanism of action appears to involve a reduction in activity of the oestrogen-receptor system, promotion of beneficial oestrogen metabolism and selective apoptosis or ‘programmed cell death’ which eliminates damaged cells 4.
DIM acts to balance the body’s natural response to oestrogen by adjusting the activity of metabolic cytochrome enzymes and specialised oestrogen receptor molecules. It also promotes the oestrogen metabolic pathway in cells, prioritising the cancer-preventing metabolites 2-hydroxy and 2-methoxy oestradiol.
These metabolites subsequently restrict cell growth and division by influencing the cell cycle that determines growth and replication. DIM supports the protective mechanism of apoptosis, promoting the removal of damaged cells.

Studies in men have established a correlation between ageing, accumulation of oestrogens and incidence of benign prostatic hyperplasia (enlarged prostate). Oestrogen accumulation in tissues is characteristic of the andropause (male menopause), unlike oestrogen deficiency in the menopause.
Oestrogen accumulation during the andropause is exacerbated by obesity, since fat tissues are where the conversion of testosterone and DHEA into oestrogens takes place. In case-controlled studies, increases in oestrogen levels have predicted the degree of prostate enlargement.
Studies have shown that oestradiol, the active form of oestrogen, stimulates increased production of Prostate Specific Antigen (PSA) in prostate tissue. Such increases are inhibited by 2-methoxy oestradiol, the beneficial oestrogen metabolite, production of which is promoted by DIM. Cell studies show that DIM reduces levels of secreted and intracellular PSA induced by dihydrotestosterone (DHT).
While testosterone is necessary for normal prostate function, it is also believed to play a role in the early stages of prostate cancer and doctors generally treat such patients with anti-androgenic drugs. Several studies have shown that DIM stops the proliferation of androgen-dependent human prostate cancer cells. In one study, DIM reduced the growth of prostate cancer cells by 70% compared with identical, non-treated cells. It also inhibited stimulation of DHT on DNA production in androgen-dependent cancer cells. These effects have not been observed with non-androgen-dependent cancer cells 6. DIM thus appears to have powerful anti-proliferative and anti-androgenic effects on human prostate cancer cells. These properties have also been observed in a mouse prostate cancer model 7.

Research supports a link between normal oestrogen metabolism and good health. In human vascular endothelial cells in culture, 2-methoxy oestradiol has been shown to be the main regulator of cell growth and programmed cell death. Active, regulated apoptosis may help prevent the formation of atherosclerotic plaque. At the basic level of lipoprotein status, the 2-hydroxy and 2-methoxy oestrogens are powerful antioxidants. These metabolites, production of which is stimulated by DIM, have been shown to prevent lipoprotein oxidation, an early stage in the development of atherosclerosis. 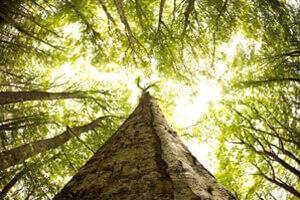 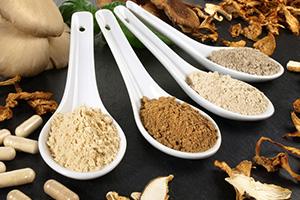