Older people take up to 14 drugs a day, some of which serve no useful purpose 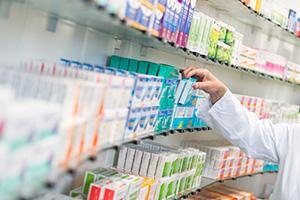 These commonly-prescribed drugs which should be avoided like the plague Almost 150,000 over-65s in France may be taking an average of 14 drugs a day. That’s the staggering conclusion of a study conducted by the OpenHealth Company which endeavours to highlight the absurdities of conventional medicine.
According to the Institut national de la consommation (France’s National Consumer Council), this astonishing over-consumption is directly linked to the average 130,000 hospitalisations and 7500 deaths each year among the over-65s following a fall, an error in dosage or another serious accident.

How have doctors allowed such over-prescription to occur? In all probability, many of them fail to stop prescribing drugs initially given for preventive purposes, and then add new medications as other health problems develop with age. Thus after several years, people find themselves variously swallowing capsules, sucking tablets and dissolving sachets, which inevitably leads to mistakes being made. According to the US National Poison Data System, almost 500,000 Americans may have died in 2015 after taking medically-prescribed drugs, 275,000 of which were due to patient error and 40,000 to severe side-effects.

The worst thing about all this is that among this veritable armada of drugs are many which serve little or no purpose. In February 2017, the independent medical journal Prescrire published a list of medications described as “more dangerous than useful”, drawn up from the latest scientific reviews1. It included almost 91 drugs, including 82 sold in France, prescribed for the treatment and prevention of cancer, diabetes, arthritis, allergies, Alzheimer’s disease and many others. Professors Philippe Even and Bernard Debré, authors of a book entitled Guide to 4000 useful, useless and dangerous drugs, have for many years insisted that a third of drugs may be useless but continue to be prescribed by doctors, due to bad habits, inertia on the part of medicines agencies and the clout of pharmaceutical lobbies.

Even when medicines are useful, many could be replaced by equally effective but gentler alternatives, which have fewer side-effects and which target the problem rather than its symptoms. Below are the five areas most affected by such polypharmacy and the potential alternatives to discuss with your doctor.

Arthritis.This scourge affects millions of people and results in the mass prescription of painkillers and anti-inflammatories, drugs which tend to accelerate the disease’s progress. Yet a newly-published study suggests that chondroitin, a natural supplement, is just as effective at relieving pain as NSAIDs, and also slows down the degeneration of joint tissue2. It is one of a number of natural solutions, along with capsaicin, glucosamine and SAMe, as well, of course, as physical activity, all of which are recognised as effective against arthritis but which are unfortunately under-used.

Cardiovascular problems.British scientists have recently shown that people prescribed beta blockers following a heart attack (which happens in 95% of cases) get no benefit from them3! Mortality rates after one month, six months and longer, were essentially the same as patients not treated with these drugs. What’s more, these medications are hardly free from side-effects: dizziness, slow heartbeat, fatigue and cold extremities are frequently reported.
On a different note, statins continue to attract debate. The object of intense controversy for many years, they are now at the centre of a new concern: scientists have found they may increase by between 44% and 61% the risk of type 2 diabetes 4, a disease which itself raises the long-term risk of cardiovascular disease … an unfortunate paradox.
Yet we know that the best methods of preventing heart problems involve weight control, stress management, quality sleep and good nutrition! Particularly recommended is the consumption of both omega-3 fatty acids5-6 (abundantly present in oily fish and in natural supplements such as Super DHA) antioxidants (rich sources of which include fresh fruit and vegetables, and well-researched formulations such as Cardio-Clear™ and Cardio Booster).

Sleep.It’s widely-known, though difficult to accept, that as we get older, our sleep tends to suffer. As a result, older people increasingly opt for the ‘easy fix’ of sleeping pills and benzodiazepines. Some will develop a physical dependency while others rely on them psychologically, to the point where they can no longer sleep without them … Yet it’s not only possible, but much better for our health, to establish new sleep habits by taking natural products such as GABA, 5-htp, kava and valerian, as well as engaging in activities such as tai-chi7!

Corticosteroids. You have no doubt come across corticosteroids, the anti-inflammatory drugs prescribed by doctors for a wide range of diseases such as eczema, asthma and arthritis. A study has shown that not only do they act solely on the symptoms rather than the causes of diseases, but they also cause important side-effects such as increasing the risk of fractures, septicaemia and even death8. But Nature offers powerful anti-inflammatory alternatives, including in particular, ginger and curcuma, both available as concentrated extracts in the products Super Gingerols and Super Curcuma.

Antibiotics. We could hardly end this article without discussing antibiotics. As hospitals struggle to deal with antibiotic resistance, a study has revealed that hospitalised patients are systematically over-prescribed these drugs: in 20% of cases, such treatment may be clinically useless and may lead to gastrointestinal, renal and blood-related side-effects9.

It’s high time we put a stop to this over-consumption of medicines by addressing the causes rather than the symptoms of diseases. Natural prevention must be prioritised over the mass prescribing of risky drugs, but there’s some way to go to achieving this: the percentage of health funding currently devoted to prevention is barely 6% ... However, we all have the means of reversing this trend. By focusing today on natural prevention, we automatically lower our risk of disease in the future and help to dislodge conventional drugs from their pedestal.

More effective in association with glucosamine

Best form of glucosamine, to be taken with chondroitin.