Reigniting sexual desire and pleasure ... a synergy of plant extracts and nutrients to boost libido and sexuality 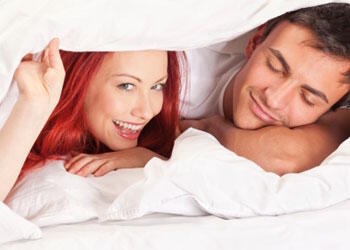 The key to maintaining a vigorous sex drive lies in regular physical activity to stay in shape, a balanced, varied diet to increase energy, and nutritional and botanical supplements to stimulate the senses, revitalise the libido and address any physical problems.

The supplements of choice for increasing male virility are:
- The fruit of Tribulus terrestris, a plant native to Eastern Europe, which is proving particularly effective at increasing libido and improving low testosterone-induced erectile dysfunction. A number of clinical studies have reported a significant increase in testosterone levels and a consequent boost to libido, with no side-effects. Though not strictly speaking a hormone, this plant seems to behave like one, as its active substances, particularly protodioscin, stimulate the Leydig cells in the testicles which produce free testosterone. Supplementing with Tribulus Terrestris for at least a month produces a pro-erectile effect by relaxing smooth muscles, increasing the release of nitric oxide and encouraging blood flow into the corpus cavernosum.
Tongkat ali (Eurycoma longifolia) which can double testosterone levels by reducing levels of its binding protein, SHBG. It thus intensifies sexual desire and performance, rather like Viagra, at the same time enhancing production of sex pheromones.
Rhodiola rosea, also called Siberian ginseng, which increases resistance to stress and combats fatigue. Studies conducted in Russia have shown that supplementation improves erectile function in over 85% of cases – indeed, a bunch of Rhodiola rosea is traditionally given to newlyweds on their wedding night …
- Finally, extract of Mucuna pruriens, standardised in L-dopa, which directly influences levels of noradrenalin, the neurotransmitter associated with sexual behaviour.

For increased female sexual vitality, women should opt for:
- Maca (Lepidium meyenii) which restores vigour and energy. This Peruvian, anti-fatigue plant par excellence is not an aphrodisiac but an adaptogen that qualifies as an ‘overall hormone stimulant’. It can help you feel less tired in the morning, reduce the amount of restorative sleep you need, and help you concentrate better throughout the whole day. In short, it rapidly improves well-being as a result of stimulation of the adrenal glands which increases the various hormones crucial for female sexual vitality.
Indian ginseng Ashwagandha which is traditionally used as a fortifying and anti-stress tonic. This adaptogen root is good for the active or peri-menopausal woman looking to combat physical fatigue and strengthen the body.
And finally Ginkgo biloba which affects blood circulation and improves vascularisation in the pelvic region in both men and women.

For even greater sexual fulfilment, it is a good idea to also take other substances essential for optimal sexual desire and pleasure:
L-citrulline, which, as a precursor of L-arginine, naturally promotes production of nitric oxide which is essential for dilation of blood vessels in the genitals.
- the B group vitamins, particularly viamin B3 which also works on vasodilation of the blood vessels.
- And magnesium, essential for managing the stress that can result from successive failure.
Order the nutrients mentioned in this article

The only Tongkat ali extract standardized to provide 40% glyco-saponins, 22% eurypeptides and 30% polysaccharides

The only Maca extract standardized to provide 0.6% macamides and macaenes 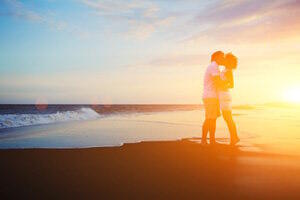 Boosting your libido during the summer months
Summertime, holidays, high temperatures, light clothing – they’re all conducive to increasing libido. But if it remains stuck in first gear despite such stimulants, selective...
Read more 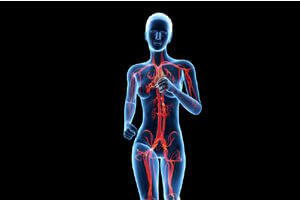 This simple amino acid provides valuable protection...
Cardiovascular diseases are the no. 1 cause of death globally [1]. According to the WHO, they are responsible for around a third of all deaths...
Read more 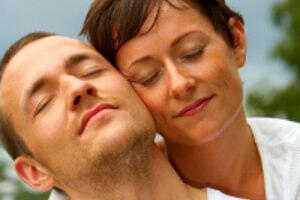 Oxytocin : the 'pleasure' peptide
Tenderness and sensuality: a product with amazing effects Products that claim to restore sexual function but neither stimulate desire nor generate pleasure. Such are the...
Read more
Follow us